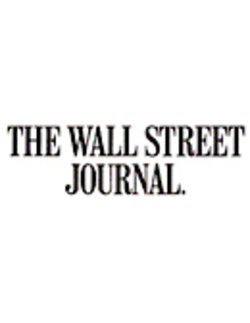 Last June, when Syed Haider Raza’s “Saurashtra” sold at the Christie’s London sale of South Asian modern and contemporary art for $3.5 million, it set a world record for a modern Indian artist. It went to a buyer from one of the private Indian museums that are springing up all over that country.

The sale of the 88-year-old’s painting was big news, but even more startling was that “Saurashtra,” a geometric abstraction in a flame-colored palette of oranges and reds, was tucked at the back of the catalog.

A second auction occurring simultaneously at Christie’s offered a consignment of 152 works from the estate of artist Francis Newton Souza (1924–2002), 147 of which sold. (The top Souza lot was “Red Curse,” featuring an expressionistic red demon, which brought $1.2 million.) “To stage a solo sale of an Indian artist and pull it off?” says Hugo Weihe, Christie’s Indian art expert. “This is Damien Hirst territory.” Even five years ago, the big houses wouldn’t have dreamed of such a thing; needless to say, both Christie’s and Sotheby’s had South Asian sales slated for their New York headquarters this September.

“The top eight to ten artists came back very quickly after the recession—to levels equal to or exceeding 2007 levels,” says Prajit Dutta, co-owner of the London- and New York–based Aicon Gallery, referring to the year that the Indian market peaked. “Frankly, that has been a surprise to me. It’s almost too quick.” Dutta’s gallery, founded in 2002, represents some of the best-known Indian masters, including Raza and the 95-year-old M.F. Husain, in the United States. Husain is famed for his bold-colored canvases—along with depictions of nude goddesses that got him charged with obscenity in his home country and led him to accept Qatari citizenship—and achieved his highest price at Christie’s London in 2008: $1.6 million for the large diptych “Battle of Ganga and Jamuna: Mahabharata 12.”

Husain, Souza and Raza are part of an elite group of artists, including the late Tyeb Mehta and the late Vasudeo S. Gaitonde, whose work drives the modern Indian market forward. All were members of the Progressive Artists Group, founded after India’s independence in 1947. Painting was the dominant medium, and though they embraced modernism, they also chose to give their art a distinctly Indian feeling, in some cases building on the ancient tantric tradition of abstraction.

Among contemporary artists, or those working primarily after 1990, the stars include multimedia master Subodh Gupta, whose work has hit a high of $1.2 million (for an untitled installation of steel pots), and the all-time Indian record holder of any era, painter Raqib Shaw, whose Hieronymus Bosch–inspired “Garden of Earthly Delights III” went for $5.5 million at Sotheby’s London in 2007.

Shaw’s kaleidoscopic painting, which skates on the edge of kitsch as it riffs on far-flung Asian motifs, was part of a general contemporary art sale, reflecting the increasing postnational ethos of the art world. Works by London-based Indian sculptor Anish Kapoor, which routinely bring in millions, always appear in those auctions.

Insiders say there was nowhere to go but up for the best Indian artists. “Part of the story of the increase was that the base was so low,” says Dutta, who is also a professor of economics at Columbia University. “Ten years ago, you had work by the Indian equivalent of Picasso selling for $10,000, and that didn’t make any sense.” Capitalizing on this, Dutta even started an Indian art fund in 2004, the first cycle of which returned 200 percent to its investors.

Initially, the market was driven by the so-called NRIs, or non-resident Indians, who had made fortunes outside their home country but wanted to celebrate their heritage. “You could say I am obsessed with the idea of India as the world’s finest multicultural entity,” says New York– and New Delhi–based Rajiv Chaudhri, perhaps the biggest NRI collector of them all, who has amassed 250 modern and contemporary works by the likes of Husain and Raza, paying anywhere from $25,000 to $2 million a pop; he displays them alongside his vast collection of Indian antiquities. Chaudhri, who runs the technology hedge fund Digital Century Capital, sent many of his treasures to Boston for a single-owner exhibition at the Museum of Fine Arts that ended in June.

But the momentum shifted to buyers inside India starting around 2005—helping explain why the market then weathered the 2009 downturn so easily. “Indian collectors are asking, ‘What recession?’ ” says Dinesh Vazirani, co-founder of the online auction house Saffronart. “The economy is growing at 8 percent there. And a lot of that is going back into art—but only works with great provenance and condition.”

Established in 2000, Saffronart has taken full advantage of the Internet’s rise. “It’s an open platform, and Indians are very comfortable with technology,” says Vazirani, a former NRI who has moved back to Mumbai. After peaking with a gross of $55 million in 2005, Saffronart still brought in $30 million in 2009.

Largely missing in Indian art are political themes, but painter T.V. Santhosh has recently sparked excitement by taking on the politics of terrorism. His work, which sells for up to $90,000, was included in an influential London exhibition earlier this year at the Saatchi Gallery, “The Empire Strikes Back: Indian Art Today,” as were pieces by market favorite Atul Dodiya, whose figurative works have gone for between $10,000 and $300,000.

Prices may only go up. For the first time, auction houses and galleries are seeing buyers who have no strong ties to India—Souza’s “Red Curse” went to a European buyer at Christie’s June sale. Does that mean the Indian market is beset by speculators, or just that an underappreciated facet of world art is finally getting its due? Comparisons with the once hot, now cooled Chinese art scene are inevitable. “For a while, China was the place for collectors to look for art,” Vazirani says. “Now India is the growth country.”